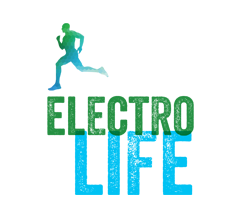 When Shea Serrano’s The Rap Yearbook was released on October 13, his Twitter bio read: “staff writer for grantland. i also wrote a book. there’s a bunch of cool stuff in it. buy it cuz i’m real nervous no one will buy it.” He shouldn’t have been worried – at that point, he’d sold all 20,000 copies of the book’s first round of printing. A month and a half later, his bio now proclaims: “staff writer for grantland. also, i wrote a book. a bunch of people bought it. now i’m a new york times bestselling author, too. the universe is dope.”

He’s right – the universe is dope. For a relatively unknown author (Serrano’s only previous book had been 2013’s Bun B’s Rapper Coloring and Activity Book), climbing to the NYT list is mostly unheard of – especially for a book as specialized as his. In The Rap Yearbook, he combines thoughtful, funny, well-researched essays with illustrations and infographics to determine the most important rap song – not necessarily the best, but the song whose themes, cultural significance, or composition had the biggest impact on rap music or culture as a whole – for each year from 1979 to 2014. His straightforward, self-deprecating style reads like your best friend from middle school putting personal touches on the history of hip-hop. Example: “phrases like ‘hippity-hop’ were often used to describe the music, and eventually that just got shortened to ‘hip-hop,’ and thank goodness for that, because can you even imagine someone saying, ‘And here’s the new hippity-hop song from DMX…’?” Ask him about his “hippity-hop tunes,” I dare you.

So how did Serrano, best known for his contributions to now-closed sports and pop culture website Grantland, turn his book into a bestseller? He harnessed the power of his over 50,000 devoted Twitter followers. Last month on the Garlic blog, Claire Jansen wrote about the importance of maintaining an authentic presence on social media. Serrano is a prime example. For years, his earnest, honest persona has shone through to his followers as he tweets about his family, (his kids, Boys A, B, and C, and their French bulldog Younger Jeezy make frequent appearances), sports (Steph Curry is the greatest shooter ever), and rap (J. Cole is a joke). He consistently interacts with his followers and encourages them – he seems genuinely baffled to have the following he does, and his expressions of gratitude only endear him further to fans. Serrano and his publisher marketed his previous book traditionally – reaching out for news coverage, buying ads, etc. For The Rap Yearbook, he took a different approach. “I figured I’d reach out to people, do some straight hand-to-hand transactions—like some old-school, sell-your rap-album-out-of-the-trunk-of-your-car-type-thing,” he said in an interview with Wired. When Amazon first listed the book for pre-order, he tweeted the link and then put his phone away – his wife didn’t want him looking at it as he drove the family on a road trip. By the time they arrived, the book had risen to #1 in Amazon’s “rap books” category.  An excited Serrano spent some time replying to and retweeting fans who sent screenshots of their purchases, which he still does regularly, before trying to figure out how to get more people to order the book.

“You can only say, ‘hey, buy my book’ so often before it gets annoying, so I had to attach something to it,” he says. He announced to his followers that he’d mail some old Yo! MTV Raps trading cards to the first 36 people to order the book and send screenshots. “I thought 15 people would do it, maybe 20,” he says. Within 40 minutes, he had two hundred responses.

i’m at the post office with a box of 1991 Yo! MTV Raps trading cards some stamped envelopes a pen and a notebook pic.twitter.com/x6KzVsVwaM

The success of his trading cards giveaway led to others, but it wasn’t long before he found another way to rally his supporters. In an exchange captured by Twitter’s Moments feature, “Author Shea Serrano boasted that he can get his followers to buy all of Books-A-Million’s online stock of his new book The Rap Yearbook. Books-A-Million didn’t think it was possible. They were wrong.” Within a day, his readers had bought out the entire stock and crashed Books-A-Million’s website in the process. “I was trying to get the writer of Harry Potter to fight with me or whatever, but Books-a-Million was the first time somebody had played back at me,” Serrano explains. “That’s all I needed to turn this into a real war.”

The buzz from Serrano’s organic marketing led The Rap Yearbook to routinely sell out Amazon’s stock. By November 1, three weeks after its release, the book was on the New York Times Bestseller List. He’s the first to give credit for his book’s success to his readers and the importance of his authentic relationship with them: “It sounds so corny to say, but it’s just this little book against all these big companies, and these people are the whole reason we’re winning,” he says. “We’re pushing that big old rock up the mountain, and we’re just bowling over everybody—this way, people get to feel like they’re a part of it.”

Shea Serrano and The Rap Yearbook are a lesson in the value of positive engagement. While not every marketer will achieve the degree of success he has, the tactics that led him to the New York Times Bestseller list apply to anyone. Organically cultivating a following that actively trusts and values you or your brand is the best path to achieving your goals. Entertaining followers with a variety of campaigns and giveaways, along with a steady stream of active engagement, led Serrano to success – it can work for you too.