Marketing to Women in the Snow Industry Part II : A Lost Generation – The Progression of Women’s Snow Clothing & Equipment 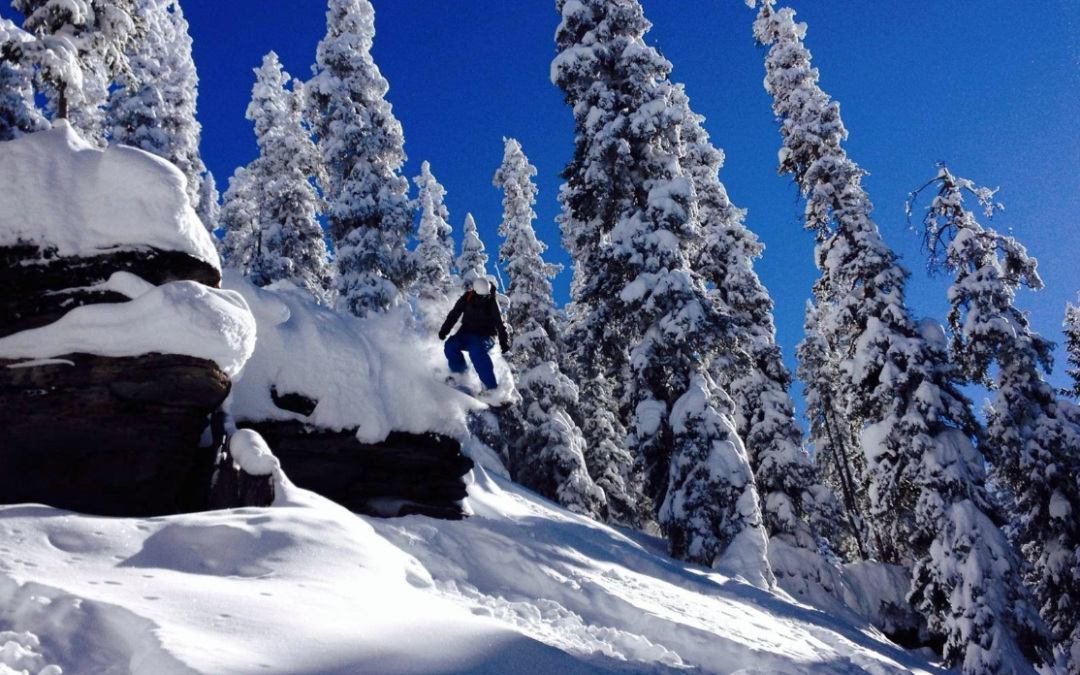 Continued from Part I: A Disconnect Between Style and Functionality

A Lost Generation: The Progression of Women’s Snow Clothing & Equipment

To understand the mindset of this consumer group, we have to look at the progression of the industry during their introduction to the sport of snowboarding. While there is a stereotype that women place a special importance on style (a stereotype that these women are trying to break away from), style might actually have been one of the defining factors in their current consumer habits. As style changed, their consumer buying habits for snow clothing and equipment evolved. Style is still an important factor in their current buying process, just not the way you might think.

I want to start with the 1990’s, when the majority of these women were just learning to ski. Just like this group, in 1994 I was taking my first lessons as a “Badger Pup” at Badger Pass in Yosemite. By the year 2000 I was 11 years old and, like the majority of my peers, I couldn’t wait to learn to snowboard. This was not an uncommon shift around this time, from skiing to snowboarding, which makes sense when you consider the fact that between 1994 and 2000, the percent of people snowboarding (out of the total number of visitors to all U.S. ski resorts) increased from 10.7% to more than 25%. With this rapid growth in the number of snowboarders, the industry saw a swift transition in style and trends from the bright, fitted bibs to the baggy “skater” gear that is still prevalent today. The lull in the market that I mentioned earlier is referring to this rapid transition focusing predominantly on men, with very limited options for women.

Katie (31 years old) from San Francisco, was very aware of this change and the attention it gave to men and boys, before women and girls. “I remember when they didn’t make women-specific snowboards and you used to have to buy men’s stuff (and the goggles were all hideous). With our whole outfits on, we always used to say that without long hair, you couldn’t even tell we were girls. Now, there’s a whole new revolution geared towards women’s stuff.”

We grew up wearing baggy men’s snow clothes, not entirely out of choice of style, but out of necessity. There just weren’t as many options for women, and the first wave of women-specific gear that fit the new trend was typically pink or decorated with butterflies and flowers. With advancements in the market since then, I wanted to do a quick search on a few major retailer and brand websites to get a further understanding of what the modern shopping experience is like for this audience.

Advancements in the Snow Industry

Based on the reactions I got during the interviews, I expected to see a larger polarization between the presentation of snow products for men and women. Janet explained that “a lot of [snow clothes for women] tend to emphasize keeping a nice shape before any other aspect of the product, whereas men’s gear definitely goes through the specs.”

What I found was a large spectrum of merchandise from those with highly technical specs to those that did, in fact, prioritize style. I asked Janet what was important to her in the snow gear that she buys and she said “for clothes, waterproof level, strength of fabric, flexibility and for boards it would be the core material, stiffness, cut, etc. Design is nice but a unisex design is always my favorite.”

Burton was one of the first websites I looked at, knowing that their gear is targeted towards millennial-aged men and women. Beyond imagery of men being more active (see above example) and a few mentions of snowboard pants offering “a look like your favorite jeans”, Burton’s “Fit, Warmth, and Waterproofing” clothing guides provide a wealth of information about each product, equal for both men and women. The snowboard features are broken down by “Terrain, Personality and Width” with information from bend, shape, core, base, fiberglass, and more.

At the age of 13, I felt that there was a conscious decision that had to be made between the pink and girly, and the baggy and athletic. Now, at 26, I’m finding that there are so many more options where the same gear, made with the same material is sold in both a men’s and women’s version. There has been an equalization in the quality of gear for men and women, so why is there still a large group of women that still prefer to buy men’s gear over the women’s equivalent?

An Inconsistent Message for Female Athletes

Not every brand has made advancements in prioritizing function over style. More specifically, products in the lower to mid-range pricing options are still making the mistake of marketing to a passive female shopper as opposed to an active female athlete.

“Even the stuff that tries to replicate men’s gear says ‘boyfriend’s ski pants’ and talks about the shape rather than its purpose,” Janet told me, and this rang true in a few of my searches. One example of this came from a search for “Women’s Snowboard Pants” on Evo.com. One of the top five “featured” results included a pair from Airblaster called “My Brother’s Pants” with an equally discouraging description, boasting that “these pants are way nicer and better looking than your brother’s.” Results like these are muddying the perception of women’s snow gear (and the image of women in the sport), making these twenty-something year-old women feel that it is easier and more efficient to shop for clothing in the men’s department first, so they know (from experience) is comfortable and functional.

For both Evo.com and REI.com, filtering search results by “highest to lowest price” yeilds results much more focused on the material and functionality, but not everyone in this demographic can shop these higher-priced brands. The industry as a whole cannot necessarily control how women’s products are portrayed, but it is something to be aware of when targeting women who grew up with a certain bias towards outwardly “girly” gear or messaging.

Product Description Discrepancies in Men’s and Women’s Snow Pants and Jackets on an Online Retail Website: Rather than a lack of quality, it seems that there is more of a disparity between the presentation of men’s and women’s gear that is causing a disconnect between these women’s perception of the style and functionality of snow gear.

This disparity, however, is not limited to online shopping and the marketing of products. The entire experience a consumer has interacting with the snow industry can have an effect on how they relate to the sport and make buying decisions. An example of this that may be detrimental is the result of a Google search for “top professional snowboarders female.” Two of the top three results were articles about “The 20 Hottest Female Professional Snowboarders”, adding more significance to the look of a female snowboarder (or skier), rather than the actual activity. This discernible difference between the presentation of men and women in the industry is a larger conversation, but it is an important image problem that should be considered by all retailers and suppliers in the snow industry.

Bridging the Gap: Style and Functionality

While the industry overall seems to have made advancements in terms of the number of options and quality of women’s products, it is going unnoticed by a large group of women due to a bias that style does not equal functionality. Katie discussed the many options available on the market today saying, “they are making snow gear more fashionable with new prints, faux fur and more feminine shapes. It’s really changed in the last 15 years. Women want function and style.”

“I think women snow shoppers want to have something that is rugged, like men’s, but still flattering to women’s figure with cute colors,” Rosa explained. While these options are available, some of these consumers have not shifted their consumer mindset surrounding the balance between style and function.

I set out to write about a missed opportunity in the snow industry by retailers who were marketing to “female athletes” as opposed to just “athletes.” What I found, however, is that the snow industry might actually be ahead of our twenty-something-year-old woman’s perception of the advancements in quality and options of women’s snow gear today. The basis of my original argument hasn’t changed, but the focus on where the disconnect occurs was not where I expected it to be.

When I asked them what could be done differently in the market to gain their attention, Rosa explained “I think they should market to [women] similar to men in the sense that men and women want to feel like they are badasses. They want to know that they are buying certain things, like clothes and equipment, that are worn by professionals, racers, park rats or back country people. Extreme people.”

These women do not want to be marketed to as a “woman skier / snowboarder” or a passive bystander. They want to be viewed as athletes with individual needs, yet regarded with the same expectations as their male counterparts. Marketing under these terms requires to delicate balance between the knowledge of what the different needs are for women (shape, weight, aesthetics, etc.) with a seamless message that doesn’t deliberately perpetuate a stigmatized version of a woman on the mountain. I can’t say for certain what the perfect solution is to marketing towards this specific group, but if retailers and suppliers keep this in mind, the shift that has already begun will continue in a positive direction for all snow athletes.