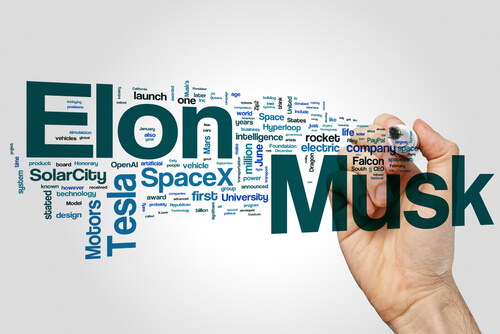 Amid revelations that British data company, Cambridge Analytica, improperly harvested information from at least 50 million US voter’s Facebook pages, prompted many users to leave the social network in protest. Among those to abandon social media accounts is wealthy entrepreneur Elon Musk.

In the wake of this growing scandal, Musk, CEO of SpaceX and Tesla, is one of the more prominent people to call it quits, and he did so in a very public way- by taking to Twitter.

Musk promptly responded to Acton’s tweet saying, “What’s Facebook?” Also admitting that he has never even seen his own Facebook pages and was planning to delete them.

Twitter users were not silent on the matter, challenging Musk.

“Delete SpaceX page on Facebook if you’re the man?”

Musk responded, “I didn’t realize there was one. Will do.”

Within minutes of the tweet, Musk deleted several of his Facebook pages. Among those removed are SpaceX, Tesla, SolarCity, and Hyperloop, a project in the works to build a high-speed, cross-country transportation system.

Facebook feeds off its user base to grow and generate revenue. By removing his company pages, Musk is forcing its loyal followers to resort to other forms of media for groundbreaking updates which results in a decline of users. Not good for Facebook! By taking the lead, Musk is streamlining the movement by showing other big named companies they too can follow suit and rise above the scandal.

Musk made it clear that he is “shocked” Facebook would keep detailed logs of its user’s activities so his decision to leave, is justified.

The beef between Musk and Facebook founder, Mark Zuckerberg, is possibly related to a 2016 dispute where a Falcon 9 rocket carrying a Facebook satellite, exploded on the launchpad during fueling, destroying it. The two business moguls hashed it out via social media.

As this scandal unfolds, Facebook can only hope more users don’t follow in Musk’s footprints as the public doesn’t take kindly to data mining.

Facebook CEO, Zuckerberg did issue a formal apology for the incident and mentioned plans to protect user data.

For now, it seems as if SpaceX’s page who had upwards of 2.6 million followers, will continue to read “Sorry, this content isn’t available right now,” Ouch!